My wife was out for the afternoon for her second baby shower. Our first born is due in less than a month, and the weather was cooperating, so I put on my hiking shoes and headed to Highbanks Metro Park north of Columbus.

Columbus is generally regarded as flat, and I suppose if you’re coming from, say, Tibet, that appraisal is fair. There is a subtle difference between the west and east sides of town, however, that I don’t feel gets its deserved attention. While west is flat all the way to Missouri, just east of Columbus is the rolling patchwork of Appalachia. Highbanks, as most of Columbus’ Metro Parks do, captures this transition beautifully with woods, ravines, and bluffs off the river.

The warm weather has been a tease this year, so the park was busy with people enjoying that rare occasion of a nice Saturday. Spring was only about ankle high throughout the forest with sprouting ferns and tiny flowers.

My first stop on the trail was for an Adena mound. We don’t typically think of anything in Ohio being ‘old,’ but the Adena people built mounds across Ohio from 1000 to 200 BC. Not to be outdone, the Hopewell and then the Fort Ancient cultures continued to build mounds throughout Ohio up until the 18th century. This mound isn’t exactly the Coliseum, not even as mounds go, but it does help put things in perspective: Ohio has history and it’s older, fuller, and mound-ier than you think. 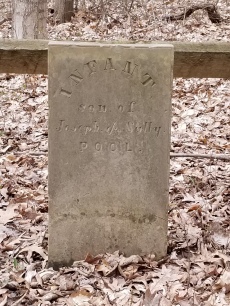 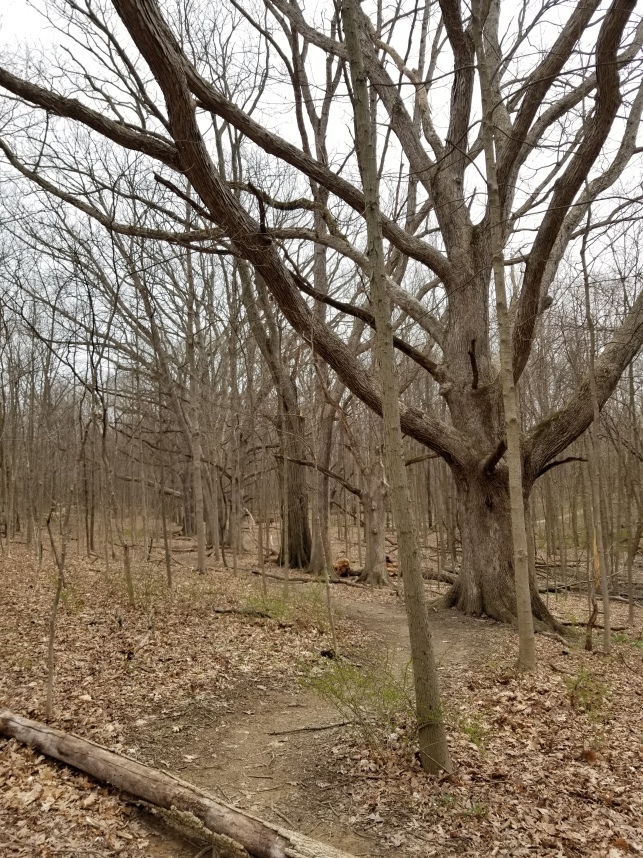 Not far from the mound is a collection of headstones found near the park. The stones belong to the Pool family, some of the original settlers in these parts, and date back roughly 200 years. Park officials chose a suitably eerie corner of the forest to place these, with gnarly, imposing oak trees marking the hedgerow of a farm long lost to the woods.

Further on, I came across a slightly more impressive mound, one perhaps used as a protective wall. No one really knows what half of these mounds are for.

At the end of the overlook trail is an observation deck 100 feet above the Olentangy river, or as we called it as students at Ohio State, the ‘old and tangy.’ There is a bald eagle nest visible down the river. Volunteers maintain a vigil and keep binoculars trained on the nest for visitors. Nobody was home while I was there, even though I lingered for a bit. The only bald things I saw were the sycamores on the riverbank below. A volunteer had been recording a live feed of the nest, so he rewound to earlier in the morning when the two adults chased off a heron and proceeded to celebrate on top of the tree, screaming into the forest. I’d missed one of the adults returning to the nest with a fish by a half hour. I was, it seemed, around at a bad time.

Despite the itinerant eagles, the forest was alive with the drum of woodpeckers, the chirp of returning songbirds, the rustle of flirting squirrels in the leaves. Walking back to the car, a red-tailed hawk flew inches off the road playing chicken with a minivan. At the last second, it turned upward and perched on a sign, too cool to acknowledge what had happened.

Unsatisfied with my mound experience, I paid a visit to Jeffers Mound in nearby Worthington. This one is large enough for trees to sprout from the top like an enormous green potato. The mound is in the center of a wealthy subdivision, with moms walking their dogs nearby. I felt like I was intruding, and the Blue Jackets playoff game was about to start, so I moved on. 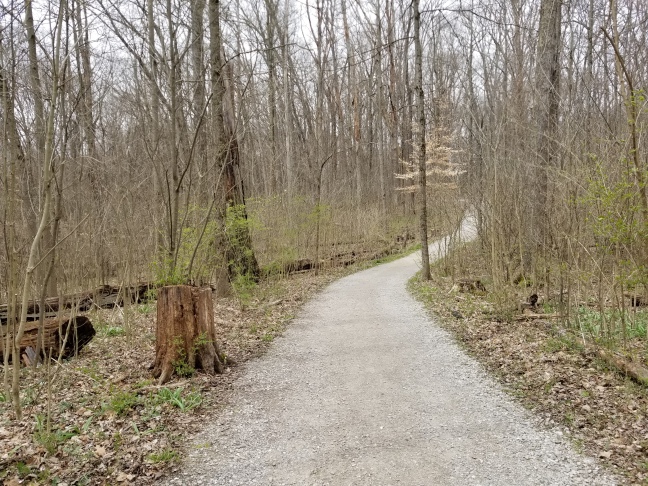 Walking through the woods at Highbanks, I was reminded of when my dad took me on walks through Columbus’ Metro Parks when I was young. We explored a lot together, discovering where paths and roads took us if only we walked a little further. I can’t wait to do the same with my son. Of the thousands of things I want to give him, one is a sense of place, that as an Ohioan he lives in the land of the mound builders, the frontiersmen, and now the Buckeyes—a hardworking lot with a taste for ice cream, sports and card games. There are much, much worse places to be from, but it would be rude to single out Michigan.