For a little babymoon adventure before our son arrived, my wife Maria and I bought some Cyber Monday plane tickets on WOW airlines and went to Iceland…in January.

I hear ya. Who goes to Iceland in January? Isn’t it cold up there in the Arctic? Yes, but not as cold as you’d think. In fact, it was colder in Ohio than it was in Iceland when we went. Also, the tickets were dirt cheap and we wanted to go, so there.  With a baby coming and a need to buy a house in the near future, this trip was on a tight budget. Therefore, we knew this wasn’t going to be THE Iceland trip. We would come back again. This was just one last, quick adventure before a new anchor tied us down in May. 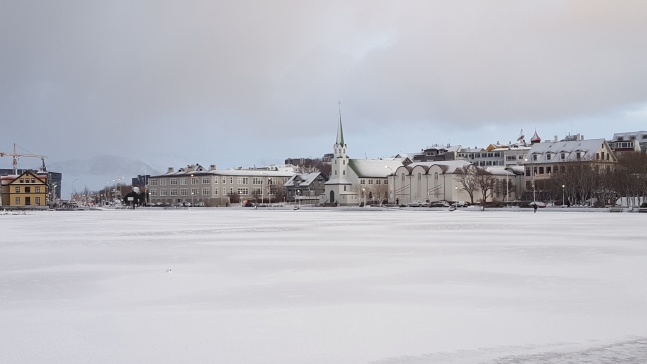 The temperature was in the 30’s most of the time we were there, but the wind and wet could complicate things. Unlike any other place I’ve been to that claims the weather will change in 10 minutes, the weather in Iceland can literally change every 10 minutes. We brought plenty of layers with us, and realistic expectations.

There was an agenda on our minds as we explored the country. We looked at this trip as our son’s first travel abroad. What fun, we thought, if we could find alphabet letters in Iceland’s architecture, art, and landscape to spell his name? That way, we could hang a picture on his nursery wall with pictures of Iceland.

There was only one problem: we hadn’t picked a name yet. Therefore, we had to look for any letters we possibly could.

As it was January and I was too chicken to drive my pregnant wife in a foreign country in winter in potentially dark, icy roads, we spent most of our time in the cozy capital Reykjavik.

What letter do you see here with the church Hallgrimskirkja and the statue of Leif Eriksson? It could be a J, or it could be an L with a flourish. 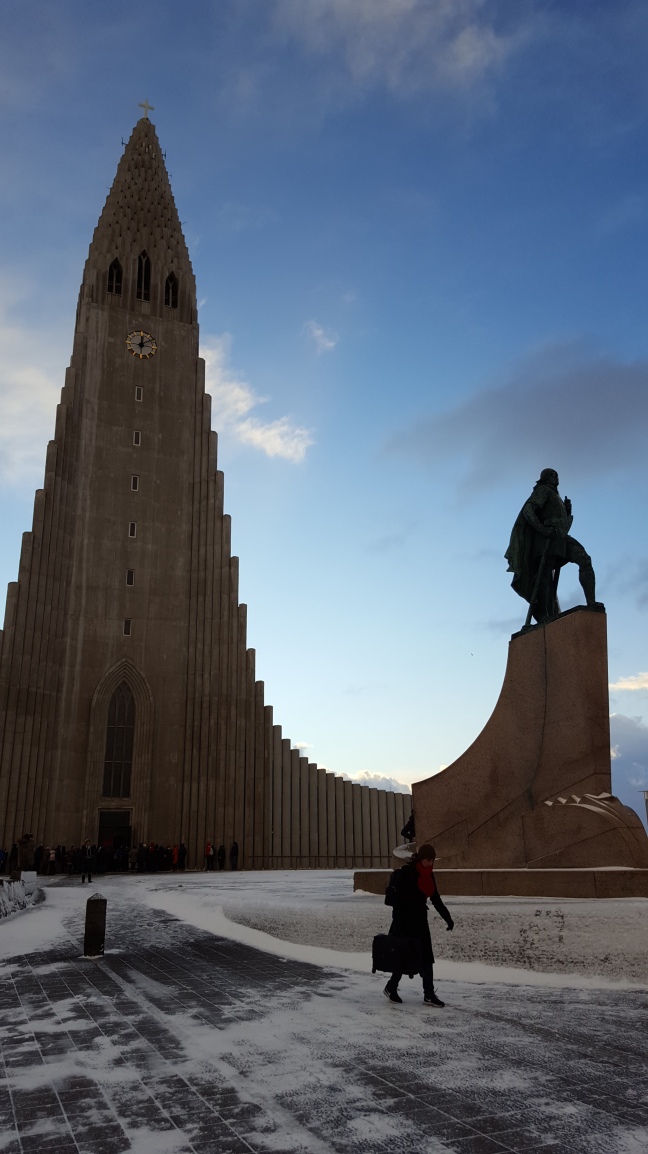 George was a front runner name (for me), so I needed to find a good O. This medieval wooden church door at the National Museum would do the trick.

We didn’t spend all of our time in the city. We spent a day on a tour of the Golden Circle, a popular tourist route through the wild that is neither golden nor a circle. One of the natural treasures you get to see are the geothermal springs around Geysir, from which all geysers are named. This erupting geyser could be an I.

Back near Reykjavik, we braved the weather and walked to the ferry to Videy Island. Maria’s arms could make a V or a Y with some appropriate cropping.

We were only in Iceland for three and a half days, but by the time our bus driver (a proper Viking with a long, red ponytail) dropped us off at the airport, we’d found most of the letters we needed for the names on top of our list. Two months later, we finalized the name and compiled the letter pictures.

Then, come May, look who was born: 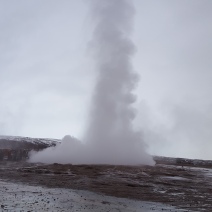 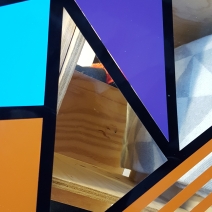 It was a very special trip for us, even though it was difficult at times with the weather. Still, we learned about a new culture, tried new foods, and saw incredible scenery in just a few short days. It was a good way to experience a small slice of Scandinavian culture.

Some tips if you plan on visiting Iceland, particularly in winter.

Have you ever taken a babymoon? Tell me what you did!

One thought on “Iceland in January: Babymoon and a Search for a Name”