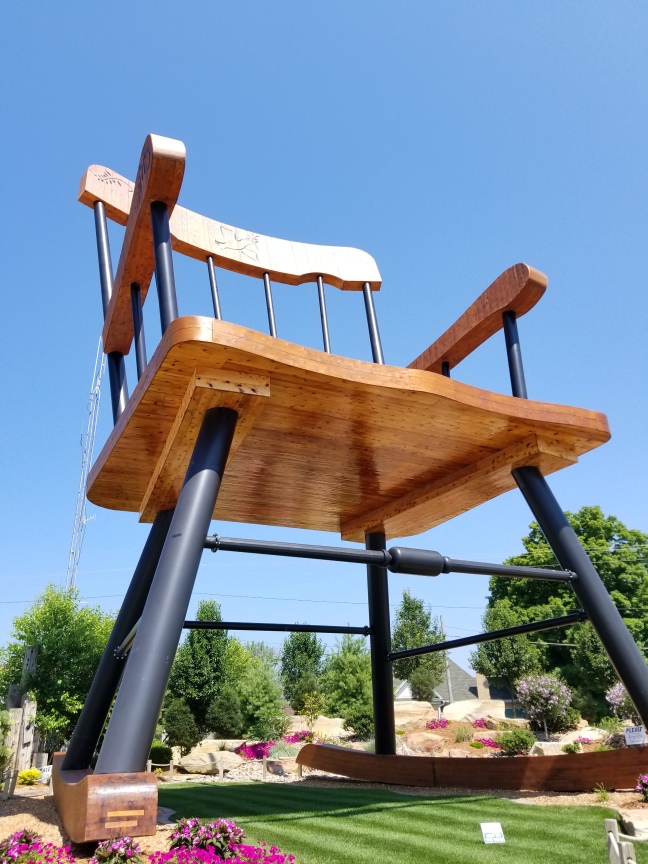 Headed to St. Louis? You should, if you read my previous blog post. If you’re coming from the east on I-70, you’ll pass a quaint little town in Illinois called Casey, which is making a name for itself as a small town with ‘big things.’

Big industry left little Casey in the 1990’s, according to the friendly cashier at the Candy Depot (home of the world’s largest wooden shoes), leaving in its wake a town anxious for jobs. In 2011, local business owner Jim Bolin did what any sensible person would do to invest in his community and attract attention to the town: build the world’s largest wind chimes. 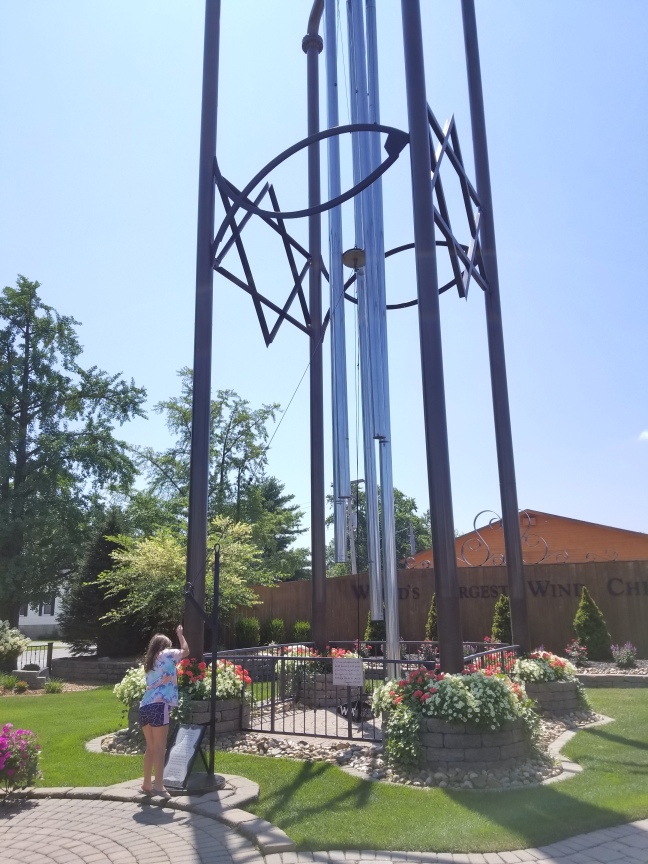 It’s gotten rather out of hand from there. As of 2018, Bolin and others have constructed eight of the world’s largest things and scattered them across town, including a rocking chair, mailbox, and golf tee. There are other ‘big’ things too that, while gargantuan, are not the world’s largest. They are impressive nonetheless. Motorists eager for an excuse to get out of the car in middle of nothing Illinois have found their way to Casey and brought with them money to spend at new cafes and shops. Though the world’s largest knitting needles may not replace manufacturing jobs, you wouldn’t have heard of Casey had you not read this blog, would you? And I wouldn’t have stopped at Casey and spent a few bucks had I not seen a sign for the world’s largest so and so. So, they must be doing some good. They don’t seem to be all that expensive to erect, either. The rocking chair is reportedly made of salvaged telephone poles and metal pipes. In all, the materials cost was less than $1000. 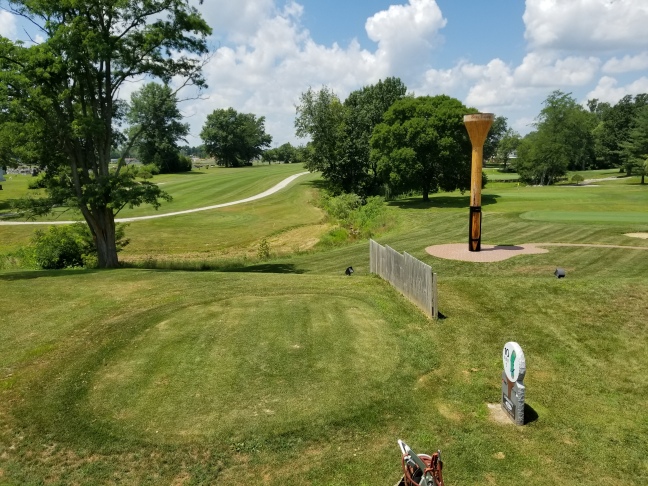 My favorite is likely the mailbox, which has a box inside that is a functioning USPS mailbox. Reportedly, the red flag stands up if you insert outgoing mail. I wish I knew this while I was there. 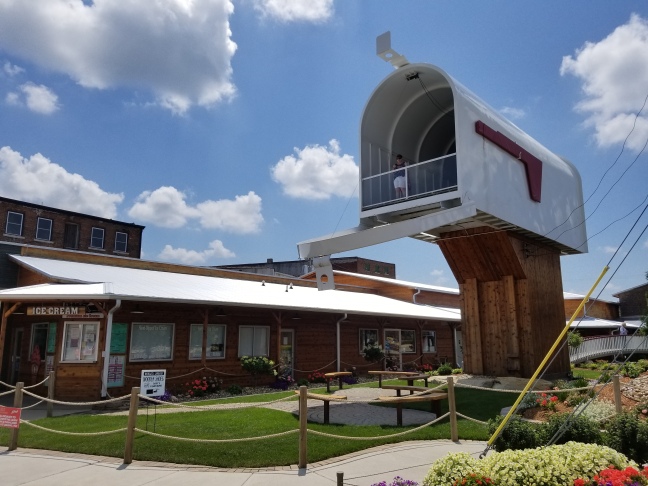 We spent an hour at most in Casey, but the employees were hospitable, the candy sweet, and the big things big. You’re going to stop at some point anyway, so do it in Casey!

For more info, go to www.bigthingssmalltown.com.