It’s been a minute since my family and I left Ohio, so we took a quick weekend trip to Chicago to visit some friends and family. I have a love/hate relationship with the city. We lived there for three years and struggled to gain any traction, and so I equate Chicago with struggle. Anytime I visit, I remember how much I don’t miss the traffic, the claustrophobia of being in the middle of a giant city, or the expense of doing just about anything. However, there are more than a few restaurants I miss dearly. My wife and I have dreamed up ‘foodcation’ itineraries covering all the food we missed. Sometimes, a vacation really only needs to center around food. On Sunday morning before our long drive back to Columbus, we hit up some favorite haunts in our old neighborhood of Lakeview.

Lakeview, on the north side of town, has just about any kind of restaurant you could want. Our first stop was at 5411 Empanadas, an Argentinian cafe that serves delectable baked empanadas. We were the first customers of the day, arriving precisely at 11:00am. I’d been dreaming of their Bacon, Date and Goat Cheese empanada for years since I’d last visited the cafe. The density and rich texture were exactly how I’d remembered.

I knew better than to try to get a table at Ann Sather, a Swedish breakfast joint, at 11am on a Sunday. The restaurant was packed with families, large groups of friends, and couples waiting for a table. Instead, I went in to pick up a half dozen of their gooey cinnamon rolls. The rolls are the most popular item on the menu and they come with many of the entrees as a side. Ann Sather knows what they’re about; they have to-go boxes and bags of cinnamon rolls ready for people like me who elbow their way through the waiting throng just to grab some rolls and then scram. We would enjoy them back in Ohio. 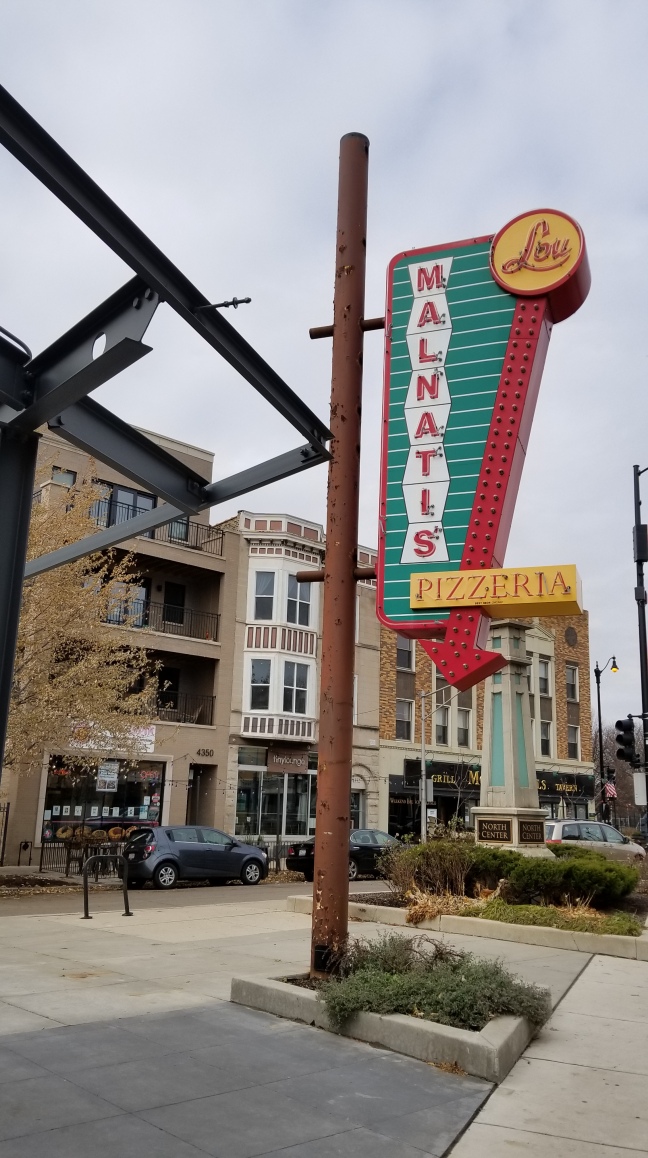 For lunch, we met some old friends for classic deep-dish pizza at Lou Malnati’s. When we lived in Chicago, we typically only ate deep-dish when visitors came. Now we were the visitors making the locals eat deep-dish with us. We ordered two pies: pepperoni and the ‘Lou,’ a veggie-filled, garlicky pie. 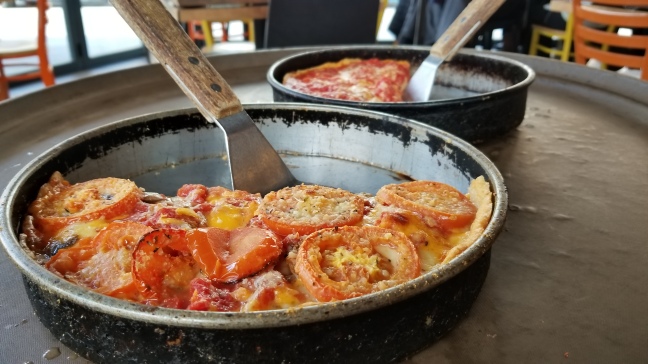 This ‘foodcation’s timing was fortuitous. My debut book The Waygook Book: A Foreigner’s Guide to South Korea will be available on Amazon starting December 4. The story begins with my desperation to leave Chicago, and our decision to leave the United States entirely to teach English in South Korea. I never looked back when we drove our U-Haul south to Ohio. I was ready to put Chicago behind me. Now, just a few weeks before the book’s debut, I find myself building travel plans only to eat my way through Chicago. It’s amazing how some things come full circle, how time and a more forgiving attitude let you look at a place differently. Without the stress of trying to live there, I can enjoy Chicago for what it is: a quintessentially American city with a super-impressive skyline and some of the best food in the world.

Read more about The Waygook Book: A Foreigner’s Guide to South Korea here!